DJ Food, a.k.a. Strickly Kev is a DJ and electronic musician who has worked with Coldcut and remixed music by Brian Eno. Often inspired by his love of British comics such as 2000AD, Kev commissioned artist Henry Flint to create the cover his his 2012 album The Search Engine, plus the covers of the album’s single releases Magpie Music and All Covered in Darkness, the art from which was exhibited at Pure Evil Gallery, London in 2011.

He’ll be talking about this collaboration at Caption on a panel about Music and Comics with cartoonist The Surreal McCoy who’ll be discussing the graphic novel The Wolf Of Baghdad, about her family’s memories of their life in Baghdad and is designed to be read alongside a recording / performance of Judeo-Arabic music written by the artist. 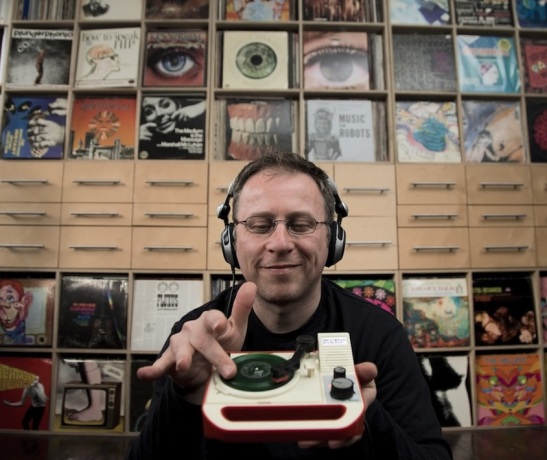 This entry was posted on November 20, 2017 by captionfestival in Guests.